According to some, the Paleo diet is the only nutritional approach compatible with human genetics and it greatly enhances strength and improves one’s health. The followers of this diet believe that people should only be eating food that prehistoric people ate. They think of this as the original human diet and that it ultimately matches with our bodies and its nutritional needs.

And strictly avoids consuming the following:

ALSO READ: Is Soy Bad For You Or Not?

Paleo diet followers claim that modern health problems and diseases are a result of the mismatch between the human body and its diet. This was a consequence of the Agricultural revolution, which happened after the Paleolithic era, since it introduced large-scale farming and thus, changed the traditional way of obtaining and consuming food.

While many followers of this modern-day fad assert its authenticity, even affirming that the diet reduces the risk of diseases such as obesity, diabetes, cardiovascular diseases and more, it is regrettably mostly based on myths, and science has long proven that these are not factual claims.

1. People from the Paleolithic era were mainly meat-eaters

Years of research of anthropologists and evolutionary biologists have disproved this. The proponents of this fad claim that prehistoric people were mainly meat-eaters and rarely consumed plants. However, analysis of fossils from two million years ago suggests that people back then were mostly plant-eaters and meat was not always available to them.

2. Genetics requires that today’s food consumption should be similar to how it was during the Paleolithic era

The Paleo diet claims that the human physiology has remained the same for millions of years. Since prehistoric people have genetically adapted to their environment and have shaped their nutritional needs from the food they consumed, then their regular diet must now be the way humans are genetically designed to eat.

Scientists attest that the modern world shows no similarity with the prehistoric period. Numerous research has shown that humans changed considerably over time and constantly adapted to their changing environment.

Scroll down for more paleo myths and a take-home message 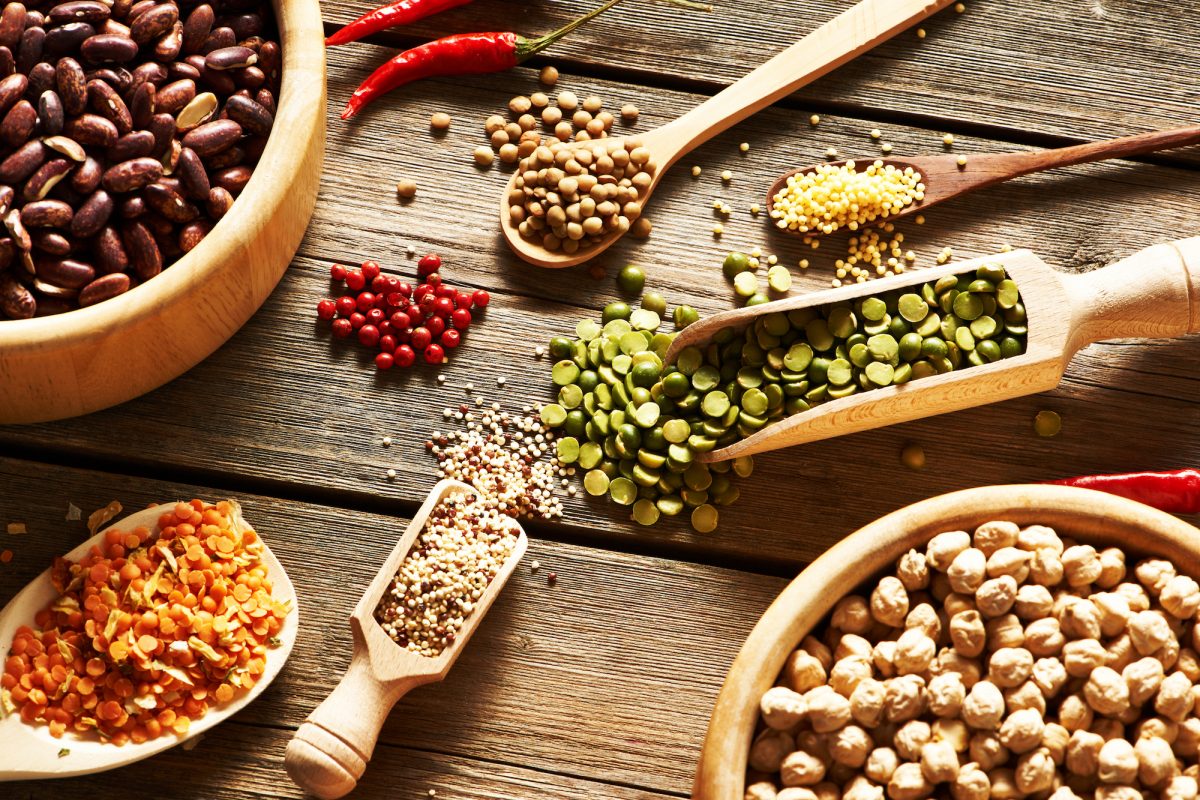 3. Grains and legumes are unhealthy

The common argument against the consumption of grains and legumes is that they contain phytic acid which prevents the absorption of nutrients. Soaking and cooking, however, reduces these antinutrients. But here comes the funny thing though, many foods you may have come to think of as paleo staples (spinach, chard, blueberries, and cacao, among others) contain very similar compounds called oxalates. These substances do pretty much the same thing as phytic acid. They bind essential minerals (such as calcium), making it difficult for our body to absorb.

Furthermore, grains and legumes contain potentially harmful lectins which can cause autoimmune problems and damage to the intestines. However, more than 100 years of consistent research shows that a diet consisting mainly of grains and legumes has shown remarkable health benefits. Moreover, grains and legumes are high in fiber and other nutrients. Some studies have shown that prehistoric people also consumed grains.

These substances are all called anti-nutrients. Mother earth invented these sneaky little compounds to keep plant species alive. They are little toxins that if consumed in very large amounts would start causing harm to the animals, humans included, that consume these plants. Luckily these compounds are partly inactivated by soaking and/or cooking processes. If you want to learn more about anti-nutrients in plant foods (especially in their raw state) read the articles below for more info.

Why You Should Rotate Your Greens And How To Do It

There are many more wild claims that support Paleo diet myth, but with careful research and intensive study, most claims can be proven invalid.

Though I am a happy and healthy vegan for almost a year now, my hubby still eats organic animal products on occasion. Which is absolutely fine. Eating less meat is definitely important, my hubby, clients, and research can attest to that statement! But this doesn’t mean organic animal products with the least processing steps can’t be part of a healthy diet. Though some sources claim that even one single serving of meat can damage your health. I’ll leave that debate for another time,

Though we can only speak for ourself and the clients I have seen their health improve while committing to a flexitarian or vegan diet. In 2014 my husband decided to stop taking his weekly injection and other medications to control Multiple Sclerosis. Rather than treating his symptoms, he decided to get to the cause. Though research is still ongoing, scientists can no longer admit that food, among other factors like pollution and pesticides, are the main culprit of many of our modern diseases.

Think of it, ever since we embarked on a mission to lower our fat intake numbers of heart diseases, cancer, diabetes, etc have only gone up.

PROCESSED AND CONVENIENT FOOD ARE THE CULPRIT!

Therefore, I think it is time to go back to the basics. And that’s a message the paleo diet got right!

Following the Paleo diet comes with many health benefits. Keep in mind, however, the regime is not entirely based on hard evidence and scientific facts. Though adding more veggies and less processed foods to your diet will always help you to improve your health, to my experience and humble opinion, it is also important to start eating less meat. Not only to stop animal-cruelty and save our planet but to protect your health!